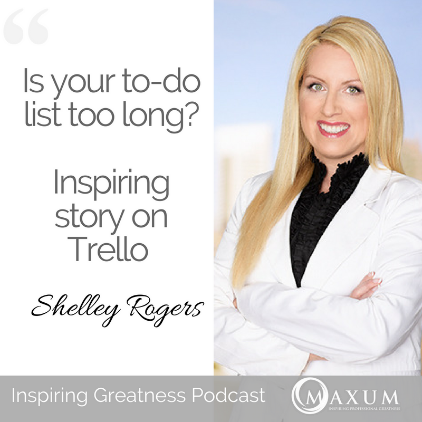 This story caught my attention one my guests on this podcast have recommend Trello several times as their favourite tech tool. Secondly because it’s about doing things different not better.

Is your to-do list too long? Joel Spolsky found a way to solve his to-do list. If that wasn’t reward enough, he sold his solution - Trello - to Atlassian for $425 million.

How do you solve a to-do list? Five years ago, Joel and his team at Fog Creek Software took a tip from the East to solve theirs with the Japanese concept of ‘Kanban’.

‘Kanban’ (which means ‘signboard’ in Japanese) was created by Taiichi Ohno in the 1940s for Toyota. Known as the father of ‘Just-in-time’ and ‘Lean Manufacturing’, Taiichi’s philosophy valued flow over queues. Things like ‘stock’ and ‘to-do lists’ were queues.

Taiichi lived by ‘ten precepts’ which are today at the heart of fast-growth startups:

1) You are a cost. First reduce waste.
2) First say, "I can do it." And try before everything.
3) The workplace is a teacher. You can find answers only in the workplace
4) Do anything immediately. Starting something right now is the only way to win.
5) Once you start something, persevere with it. Do not give up until you finish it.
6) Explain difficult things in an easy-to-understand manner. Repeat things that are easy to understand.
7) Waste is hidden. Do not hide it. Make problems visible.
8) Valueless motions are equal to shortening one's life.
9) Re-improve what was improved for further improvement.
10) Wisdom is given equally to everybody. The point is whether one can exercise it.

When looking at the excess stock in Toyota’s factories, he asked “How can we replace our ‘push’ system with a ‘pull’ system? ‘Push’ systems grow waste and grow queues. ‘Pull’ systems cut waste and cut queues.
Creating products, having stock and then trying to sell them is a ‘push’ system.Having a customer, getting their order and creating just what they need is a ‘pull’ system. Coming up with things to do, and then trying to get them all done in the time available is a ‘push’ system. Knowing what’s most important to do now, and just doing what is possible with the time available is a ‘pull’ system. Taiichi and his team studied supermarkets, which only stocked what was needed to meet demand. They converted this system that minimized stock and queues into the ‘kanban’ system for Toyota.

In its simplest form, a kanban board has three columns: To-do, doing, done. With post-it notes or cards moving from one column to the next as they progressed.

In 2011 Joel and his team turned this 60 year old system into a mobile app and called it ‘Trellis’ as it allows you to grow. Then, when they couldn’t get the URL, they changed the name to ‘Trello’.

Then, they launched the app at Techcrunch Disrupt. Joel describes the launch:

“After months of toiling away, the feeling you get from seeing real-world people actually start using your product is the best feeling you will ever get as a software programmer in your professional life.

These are the great moments that make it all worthwhile. We *made* something. People used it. It matters. It’s like sex, with clothes on.”

The app took off and grew, first to a million users, then to 10 million.  With over 19 million users, Trello was sold to Atlassian (the Australian tech company that launched Jira and HipChat) for $425 million.

What if the smallest problems bugging you are also bugging millions of others as well?

And what if - like Joel - the real reason you have your current business (or job) is to find and solve a problem within it, which then becomes the business that really matters.

In fact, what if every problem you have is just an opportunity in disguise? “Having no problems is the biggest problem of all.” ~ Taiichi Ohn 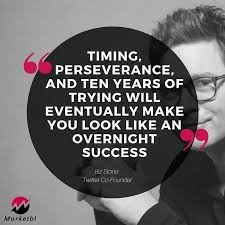